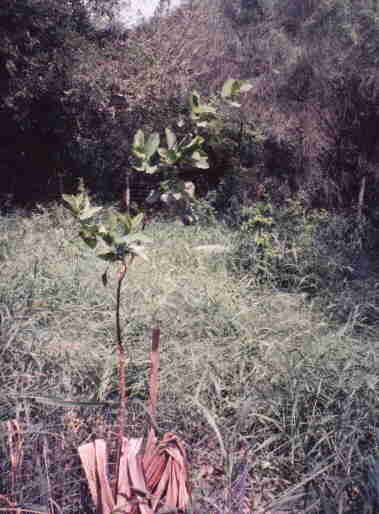 It is all too easy to wax poetic about REFUGIO, forgetting that for many people, the raw beauty of nature is an insufficient antidote for frequent encounters with all kinds of creepy-crawly critters, and a climate which seems destined to leave even the most healthy eco-system alternating between choking clouds of dust, and occasional swarms of mosquitoes. The combined effects of a seven-year drought, and immoderate growth, resulting from the so-called "Free Trade" agreement, have left the area with a severe, chronic water shortage. But in the wake of Tropical Storm Frances, which drenched the Valley, but didn't reach the watershed which nourishes our reservoirs, we are also coping with interminable mud, and an explosion of insects. Perhaps only in the Rio Grand Valley could one simultaneiously have drought, and flooding. 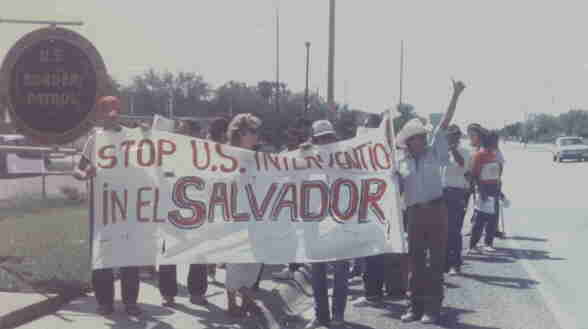 Such contradictions are characteristic of REFUGIO. It is a refugee camp, which frequently has no refugees. It is an act of permanent, peaceful, resistence which is studiously ignored by the very powers we resist. Its importance lies primarily in its very existence. When throngs of Central Americans fled the U.S. financed bombardments and extra-judicial killings, Refugio was often home to as many as 220 people at a time. Now that the Central Americans are intercepted by the Mexican authorities, under contract with the U.S.A., far fewer make it as far as the Rio Grande. And most of those who do are detected by the high-tech toys of the ever burgeoning Border Patrol, before they reach the relative safety of REFUGIO. Yet as the economic and political crisis deepens in Mexico, it is not hard to imagine an even larger influx in the not-too-distant future. "They also serve who stand and wait."


REFUGIO has been called a wildlife refuge that also assists political refugees. Although that was not the original intent, it is perhaps a far more accurate characterization, at the moment, than any other. The housing is rudimentary, at best. There is no air-conditioning, and limited access to hot water. The work is hard, and demands self-motivation. So unless one's soul is sufficiently nourished by the sight of a great blue heron fishing in the resace, or a chance encounter with an owl or bobcat in the banana grove, to tolerate the occasional sting of a scorpion, and the inevitable nightly rustling of the roof rats, one should perhaps think twice about coming to REFUGIO for more than a brief visit. And unless one is convinced that the continued existence of REFUGIO is sufficient compensation for the isolation, and the almost total absence of creature comforts, then even a brief visit would probably be too long. Some volunteers have stayed for years. Others have left within hours of their arrival.

Testimony of a Refugee